A Record of Autobiographical Sounds 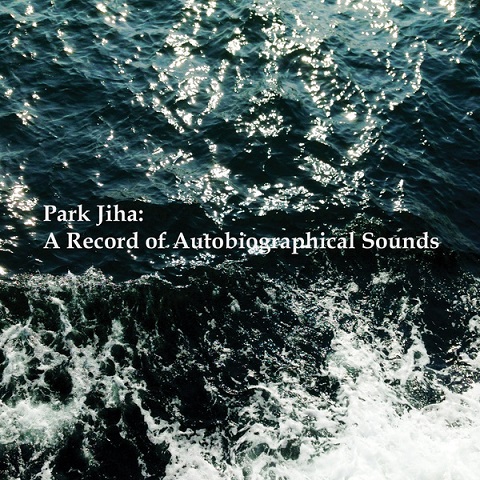 The moment that music turns into self confession

‘A Record of Autobiographical Sounds’, an exhibition by Jiha Park is an exhibition of her music in a visual way as well as a display of the time accumulated in her music.

‘A Record of Autobiographical Sounds’ is an extension of my music-doing. A concert requires certain audience in a certain space at a fixed time, and you cannot see it again after it ends. So I wanted to keep record of my music in a little different way. I watched video clips from my past travels as a ‘re-view’ of the time passed. New music came into mind in the process.

I also decided to display pictures of me taken by others. I was curious how they pictured my intimate communication with my instrument.

Though it was the same me who was filmed in the videos and playing the instrument in the pictures, I feel somewhat strange because ‘me’s’ in these images seem like two different ‘me’s’.

‘A Record of Autobiographical Sounds’ will be put on display from December 17 to 27. Jiha Park and I have decided to do a fun little project. We decided to complete this writing based upon the dialogues taken from our communication via email or phone. The idea is from the title of one of songs from Sum’s second album, “5:16 p.m.”

We talked at 17:27 every day. The hands of the clock always pointed the same hour. In the same hue every time, dusk that fell outside the window let me know the start of the evening that came earlier as the season progressed. The talks we shared differed each time, but in there was a story that was repeated, as numerous pencil lines create one thick line. I placed those stories in this writing here and there.

I have enjoyed music since I was younger. My home always had music in the air then and now. One time, I remembered a tune from ‘Weekend Classic Movies’ that I watched with my family. The little girl I was drew the sounds on music sheets with curved lines. It was just a child’s play.

I learned to play flute from third grade to sixth. Then I got accepted at Gukak National Middle School where you decide on your instrument after admission. I wrote down all my first, second, and third preference as piri. Girls usually wish to play instruments like gayageum and haegeum which were seen as feminine. I on the other hand, filled out my application with ‘piri’, ‘piri’, ‘piri’, as if I were writing the three letters of my name, ‘Park’, ‘Ji’, ‘Ha’. That was my first encounter with piri and I haven’t given up on it through middle and high school years. I only played piri. The Piri player had a strange habit. She has been collecting all the Seos of her Piri since she was in middle school. The collection of the Seos made ‘Seo-133’ possible. Before I asked why she made the particular piece, I asked how many seos there were.

There were one hundred thirty-three of them total. I couldn’t throw them away. They contain breaths – soul, in other words – so it would not have been easy to throw away.

A seo is a part of a piri made out of a piece of bamboo. One end is stuck in kwandae(bamboo tube) of the piri, and the other end is firmly placed between lips. Generally, it is written as ‘서’ in Korean and pronounced ‘seo’, but its Chinese character is written as ‘舌’ and pronounced ‘seol’, which stands for ‘tongue’. The letter ‘seol’ contains ‘gu’, a letter that symbolizes ‘mouth’. Hence a seo(seol) is an important tool that tells the story of a piri. Also the breath coming out of the piri player goes into the mouth of the piri through the mouth of the musician. The piri then takes in the breath into its body. Then the piri resonates with the breath that is passed on by the seo. The sound reverberates the space and in turn the vibration reaches the body of the piri player to resonate with the sound.

Turn your feet and eyes to ‘Borrowing Landscape’. If you see a video clip before you, there will be waves moving inside it. It is the image of the Bosporus of Turkey, where the musician had a concert in 2013. Jiha Park separately recorded vocal, piri, daepiri, yanggeum melodies and then combined them into a song that sounds like the instruments were played at once.

The yanggeum in the song reminds of water flow, the piri and daepiri remind of white waves, the vocal reminds of a oceanic god. I made this music thinking that I ‘borrowed’ the scenery instead of ‘capturing’ it, in the sense that I lay my music down in the scene. The ancestors made windows and doors in order to befriend the ever changing seasonal landscape of the nature. The scenery that comes and goes at the windows and the doors are what was borrowed from nature. Also for me, the sceneries I collected are the motivations for searching for new sounds. Though I can’t find roads in my sceneries, as I look into them, they provide new ways for my sound-searching journey. A boat passes as creating a waterway in the sea without roads, and in the waves tailing the waterway grows a new waterway for my music to flow in. Jiha Park traveled around the world and where ever she went, she arduously took pictures of the sea. When asked why have she recorded the images of the sea she answered ‘just because’. Words like ‘just because’ and ‘unconsciously’ are obstacles for music critics like me who gives too much meaning to a work. So I tried to fish any artificial meaning in her ‘just because’. Jiha Park answered repeated questions with it, until one day she said:

Whenever I encounter the sea, I always heard the sound of boat horn even though there was nothing around. When you first learn piri, you need to practice playing each note continuously until you make a clear sound. My teacher never said a lot about music, but taught me to ‘make a sound that sounds like a boat horn’. Since then, I hoped my piri sound to be like the sound of a boat horn, and imagined the sea where my boat horn will spread out.

Whereas ‘Borrowing Scenery’ shows changing sceneries and music, ‘Throughout the Night’ shows motionless Jiha Park and soundless scenery. It is an image of Jiha Park playing saenghwang, but in this picture she is not posing for the shot but the picture is a stopped scene of her movement fluctuating in some sort of intoxication.

My main instrument is Piri. But I choose Saenghwang, Yanggeum, Taepyeongso, Percussion, or Vocal besides Piri according to the type of music I’m composing. Picking an instrument has to do with the the voice in which I choose to talk. Just like human voice, every instrument has its own charm. Piri, which has the simplest structure yet holds so many variation in playing, is the most attractive of all. The shape of the instrument is humble but it can express sensitive yet deep energy. I feel like myself the most when I play Piri.

However, the most intriguing instrument in my concerts is Saenghwang. People get curious with its fancy shape. When the breath vibrates tulpan and mysterious sounds are generated through multiple bamboo tubes, people are coaxed into the charms of saenghwang. There is an appraisal of Saenghwang describing the sound as ‘the sound that dazzles the audience’(from Chosun dynasty annals), but to me Saenghwang is a religious pipe organ in my hands that calls for earnestness and sincerity. Like when playing other instruments, a musician plays Saenghwang sitting up straight. However, if taken a closer look, the musician slightly moves her body in rhythm. If the movement is taken into account, it seems as though Jiha Park was was moved by the sound of the Saenghwang instead of her moving in front of the camera by herself. Her image is that of a woman who trembles in the kisses of a loved one in an alley in the night. Music is something that gives inexplicable movements to an unmoved reality and body.

One hundred thirty-three seos, the waves of the sea, the saenghwang of the night. These are some records that represent Jiha Park. And they were her daily lives. Daily lives are those that are recognized and not recognized at the same time. The pieces of daily lives in her drawers and computer folders are laid here under the name of ‘‘A Record of Autobiographical Sounds’. They are newly recognized modes of existence, and a new opportunity of blooming relationship between Jiha Park and scenery, and Jiha Park and music-entities.

In every interview, I asked her what she would be doing in the next ten years.

I don’t try to be greedy. These are the notes from my musical life. I have gathered my thoughts in the changes of daily life, experience, environment, space and time. I cannot talk about the world or grave subjects in human history with music. I do not wish to pretend that I know about the world or art, in which I have no expertise.

It may seem a little timid. But when I organized my thought, my entire time before turning thirty was contained in my music. I don’t know what kind of music I will play in ten years. Since I have no knowledge, ignorance would be the right answer. But I know for sure that I will have been living sincerely.